We’re on the cusp of dusk, and I’ve just thrown another log on the fire making it snap and hiss and blaze up the chimney. That’s my favorite part of a wood fire. There are fat russet potatoes roasting in the oven along with some chicken and garlic, and I am getting woozy on the scent. The G-Pup is relaxed against the hall wall closest to the kitchen and oven. She’s blinking those soulful, snowman coal eyes at me and wearing a hopeful expression. She likes garlic chicken, too. She’s certain of it. The snow has moved from fat, frosted flakes to super fine sugar, but it’s still coming down.

I’m curled up in an over-stuffed chair reading a story about drùidhs and shamans and time-travelling Highlanders and rocket scientists and dragons and, and, and…set in central Maine.

Okay. I had to interrupt my curled-up-in-an-over-stuffed-chair-reading-ways to write this post, but I’m going right back to it.

When you will actually be reading this post, and I will be practicing the whole 9 of 108 Tai Chi movements that I have learned this month. My brain is finally standing down and letting the body flow through the movement.

Today, you get a twofer.

This is around 10 o’clock one snowy evening in late January. The light casting shadow on the snow is from the porch light. If I were sitting in the snow like that, I’d be freezing my long johns off. 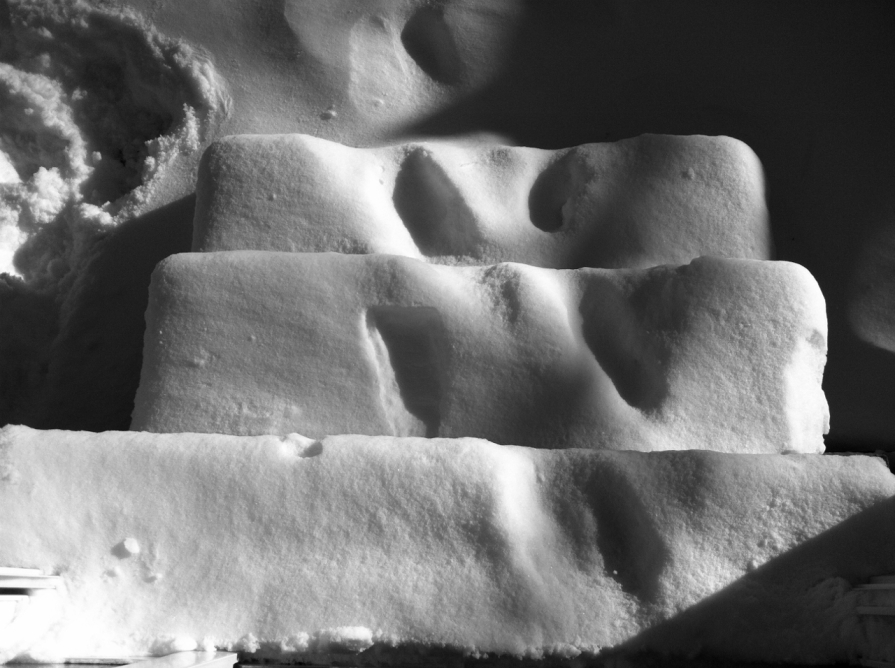 Around the corner must be Monday.