We’re past the halfway mark with this the sixth week of #pulsepledge.

I Will Survive is the tuneage running through my music brain.

We’re throwing down some Chorizo Lentil Stew. The recipe can be found at Tasty Kitchen. Have you visited Tasty Kitchen? There are some mighty tasty recipes there.

I picked this recipe because it had chorizo and spinach in it. And goat cheese. Help me, Rhonda. Oh, and lentils and cannellini beans (aka white kidney beans) for the pulses. I like both of those. And it’s still winter, contrary to popular belief. 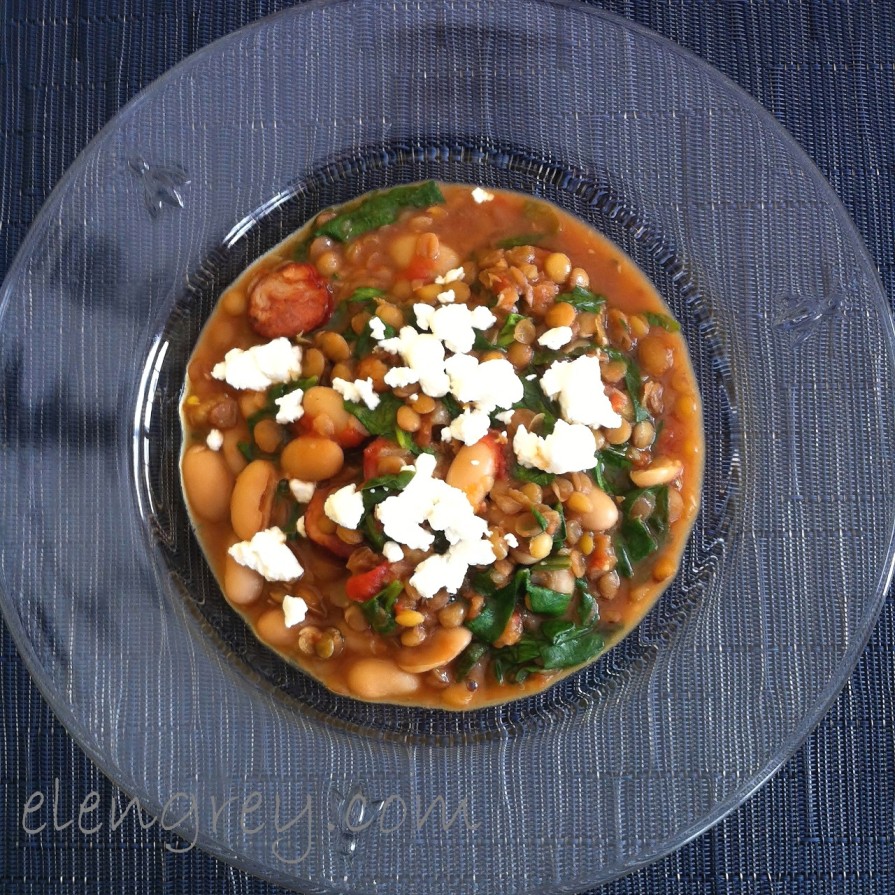 The Muddle in the Middle!

Notes: I used a semi-hard chorizo. It’s what was in the fridge. Just like the comments said at Tasty Kitchen, it took about 20 minutes longer to cook the lentils to tender. So the next time I make it — and there will be a next time — I’ll cook the lentils with the tomatoes and chorizo for 30 mins and then add the cannellini beans in the last 20 mins of lentil cooking time. And if you don’t fancy chorizo, others substituted various heats of Italian sausage.