Let’s just shake up Hump Day with a recipe.

If you follow my Insta, you know that I sometimes throw things up on Instagram from the kitchen. Mostly man food. 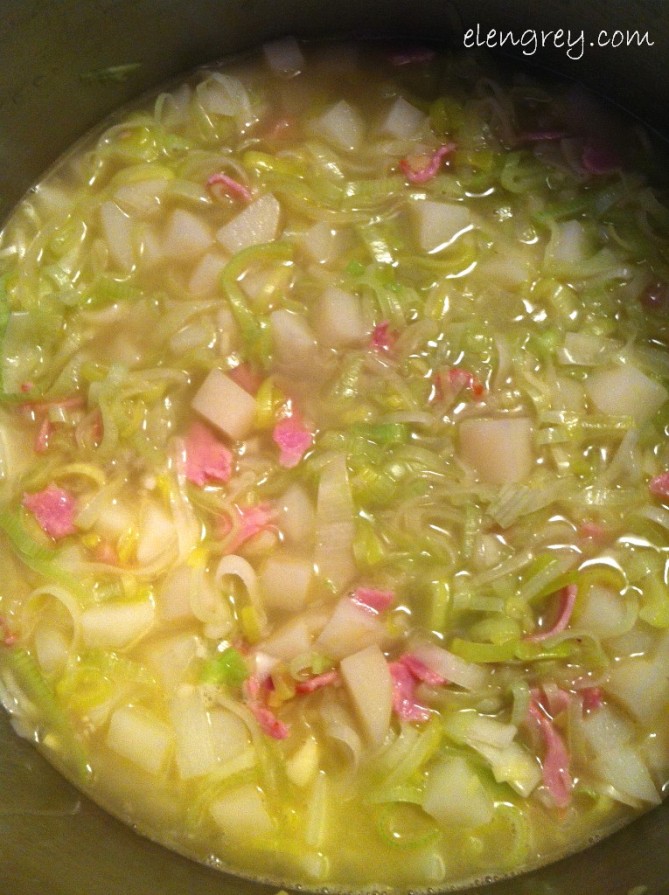 I’m no food blogger, but I eat. Doesn’t everybody?

And here’s the thing. I like comfort food. Cold weather food. Autumn and winter food. Things like soups and stews. Roasted meats and root vegetables. And squash as a category all its own.

Food that goes with a good red wine and a wood fire. Crackle and pop.

It’s only October and I’ve made two batches of this smokin’ potato soup.

Potato Leek Soup with Smoked Back Bacon and Spinach

Note: This is approximately 30 mins of prep time and 60 mins of cooking time. How fast can you chop?

Take the white parts and good bit of green, rinse and thinly slice. Pull those slices apart. Your leeks now have a perm. Set aside. Next, peel, rinse, and dice those potatoes. Set aside. Rinse and stem the spinach. Use only the good bits. Set aside. Chop that smoked back bacon and try not to swoon. Yep. Set aside.

Haul out a soup pot or dutch oven. A big pot. Put it on a burner over a medium high heat. Add the olive oil and butter. When it sizzles, toss in the potato, leek, and bacon. Stir enough to keep it from sticking while the leeks soften and become a bit translucent, and the potatoes start to lose some crunch. Forget about the bacon. It’s magic.

Cover with chicken broth and bring to a low boil. Turn the heat down, cover, and let simmer until the potatoes are soft. Go ahead. Do a taste test.

Now. Add the milk and stir. (I heat that milk in the microwave or ladle out some of the broth to combine with it, so that it’s approximately the same temperature.)

Add the parsley and spinach and give it a few turns with a big spoon. You want that spinach to wilt.

A fresh grind of pepper would be good about now.

Ladle into bowls and top with the optional grated cheese. Some baguette would not go amiss.

Shew! I don’t know how you food bloggers do it. Day after day. Week after week. 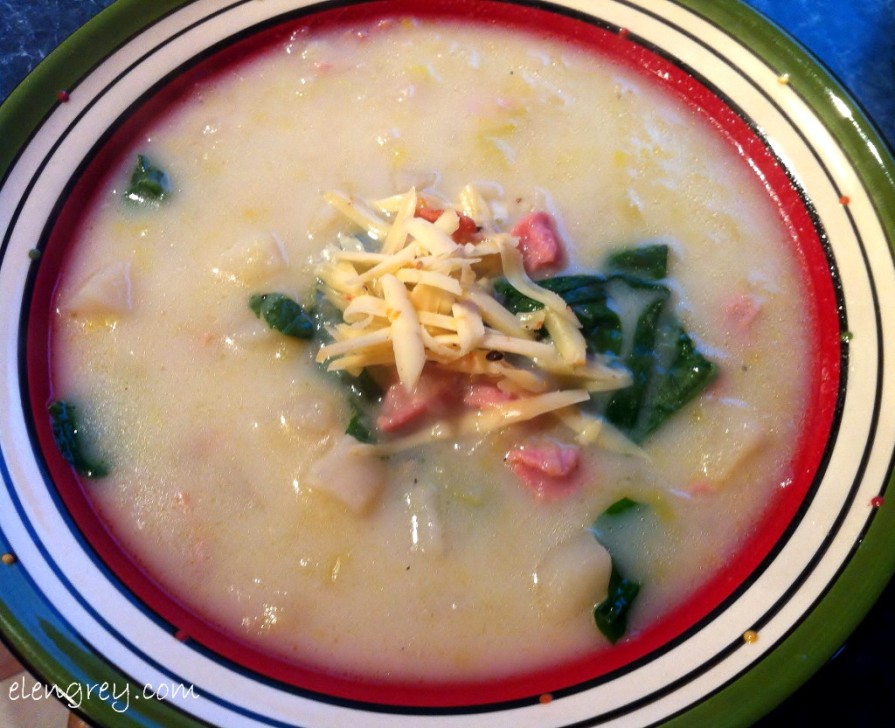