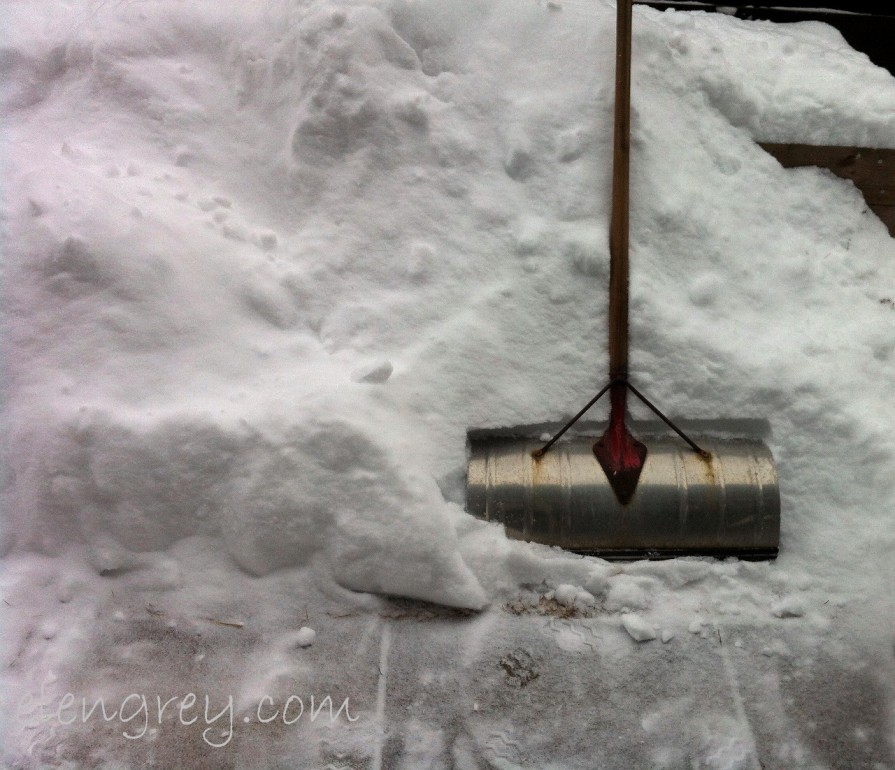 Tools of the trade.

What a Northern Girl needs.

That was a total lie.

I do that all the time.

Nothing trumps chocolate. Ever.

The G-Man with the man cold-man flu-northern man flu-whatever. The G-Man, who was down for the count all last week, was beginning to show signs of life over the weekend. I wouldn’t let him shovel any of the weekend snowfall. But by Monday, I let him run the snowblower — I’m the best honey ever! — when we got a foot of snow. Mainly because it’s big and powerful and runs on gasoline, and I tend to just gallop along behind it, hanging on for dear life. Until it runs out of gas. And stops.

Kind of like the time I had to ride a rider mower all over Essex County until it ran out of gasoline. I had no idea how to get it to stop. It eventually stopped. In a ditch.

Or kind of like the time I went skiing with my high school boyfriend and skied right across the blacktop parking lot, because I couldn’t stop. I was asked to not come back, which sucked since my boyfriend worked there. Also humiliating, because there were four-year-olds skiing down the slopes on one ski, and I wasn’t even off the bunny hill, until I skied the parking lot.

Or kind of like the time I went bowling with my high school boyfriend and when I let the ball go, it went sailing across five lanes.

I was asked not to come back.

I’m good with tools and machinery.

The boyfriend and I broke up after two proms and a graduation.

I think he considered me DEFCON 2.

Sadly, this is all true.

Good thing the G-Man didn’t ask me to fill out a prenuptial questionnaire.

Back to the close shot.

This shovel I can handle. There’s a smaller, lighter-weight one that is my very own shovel, but this I can use. That’s because Mr. Fisher taught me how to wield that blade like a pro. How to skim and arc and dump without lifting. How to use my knees and arms, not my back. How to stay upright and not end up in the next snowdrift over.

He was a good neighbor.

Fingers crossed that I don’t get the woman cold-woman flu-northern woman flu-whatever. It’s no prettier than the man cold. Right, Mr. G?

By lamplight. I'm cultivating a small patch of these spring bulbs in the side garden. Tucked in a blue mason jar with a green flower cap. Happy Saturday!
These are my faves. Coconut in the Dark. Made in Canada by @madewithlocal . So delicious. Thanks to @andyseastcoastkitchen_ for the heads up. I might be eating one right now. Sharing what I love.
Hello, friend! Just getting from here to there.