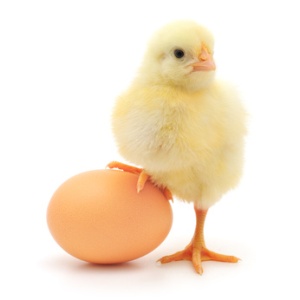 Just back from having the eyebrows tinted and threaded — good to go for another six weeks — I’m sipping the second decaffeine of the day and ready to rock ‘n roll this Throwback Thursday post.

And I’m trying to think of something fluffy because… ow, ow, OW!

We’re throwing back to March 2010 where I was thinking out loud about all things sheets and annoying G-Man while he was trying to catch some REM.

It’s just what I do.

This could be us right now. Different year. Different month. Same conversation.

Sometimes I do predictable.

I leaned over and stupidly asked G-Man last night, as he was entering the early stages of man-sleep — aka pre-snore — if he was ready for the flannel sheets to come off the bed and be replaced by cool cotton? I’m a night person. This is what I do.

I saw what looked like some REM going on there, but it was too early for that, heard a growl and then — Yes.

Really? Because it still feels kinda cold to me…

At which point, G-Man rolled to the neutral zone and pretended to snore.

And I was left to contemplate the universe in all its splendor, and which footed nightie I’d be wearing against those damn cold cotton sheets come Friday night.

My weekend will be spent doing a major kill-me-now spring clean, followed by a Guinness reward. How about you?

And I won’t be doing a major spring clean this weekend. I’ll be headed outdoors. Rain or shine.

And that’s how we’re rolling this Throwback Thursday.

NOTE: THESE IMAGES ARE LICENSED, ROYALTY-FREE IMAGES FROM FOTOLIA.COM. NO POACHING, PLEASE.

Neglected to post most of the clicks I took this summer. Let's start with the glory that is the Morning Glory. I had to replant these three times because of heavy bunny traffic in the garden this year. So they had a late start. First bloom.
Howdy, neighbor!