No pickles here. Not even of the jarred variety.

But I love pickles. All kinds of pickles, especially a garlicky kosher dill or a tart bread & butter. Mm. Mm.

I love pickles how much? 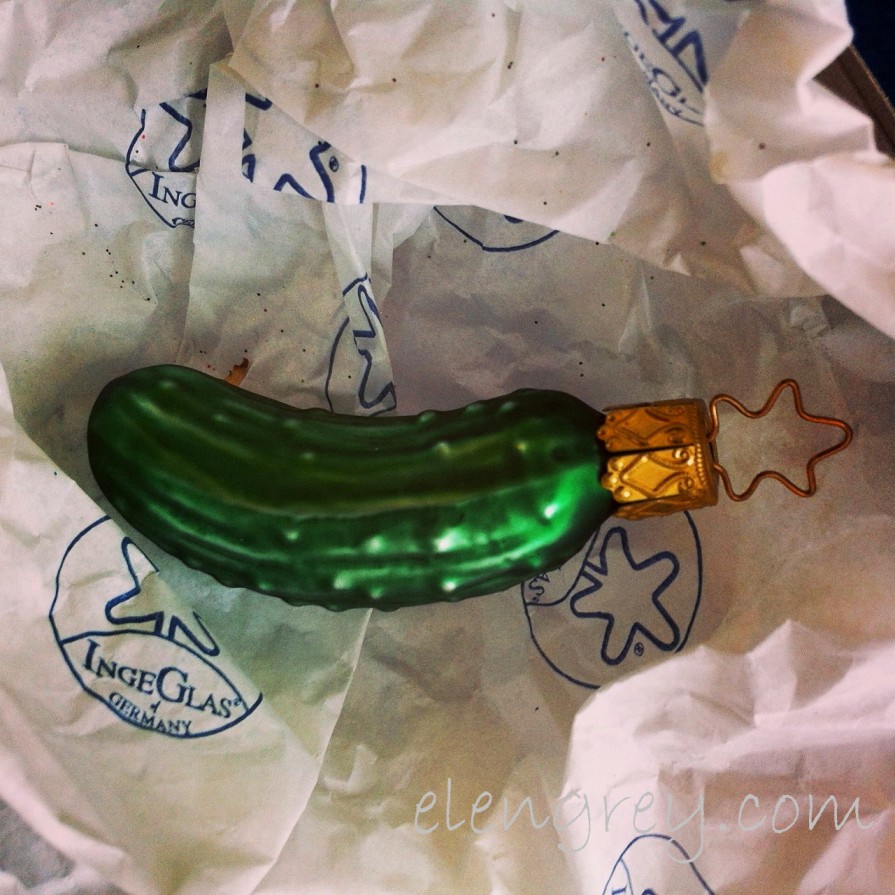 I have a pickle ornament!

It was a find a couple of years ago at the Toronto Christmas Market at The Distillery.

Just wrasslin’ the tree into the upright position.

I scared the G-Pup so bad putting new batteries into a smoke alarm last night — you have to test it — that she did nothing but shake and tremble every time I switched out a battery pack on a string of lights. She tried to hightail it to the basement lickety-split thinking it was the upstairs smoke alarm making that sound no human or G-Pup should hear, when in reality it was the basement smoke alarm. And she never goes where the boogie dog lives. Never evah. Poor little G-Pup. The trust is broken. We both needed a drink afterwards.

The day is sorely lacking in profundity.

Here be Hump Day. The first Humpity Day of December.

Let’s just hang an ornament on it.